Under the title "Ethology of Aesthetics: Quantifying Human Interactions with Art", neuroscientist Prof. Partha Mitra (Cold Spring Harbor Laboratory, USA) and artist/theorist Fré Ilgen (Netherlands + Berlin, Germany) have proposed a study at a major art museum, which will focus on the active perception of works of art. 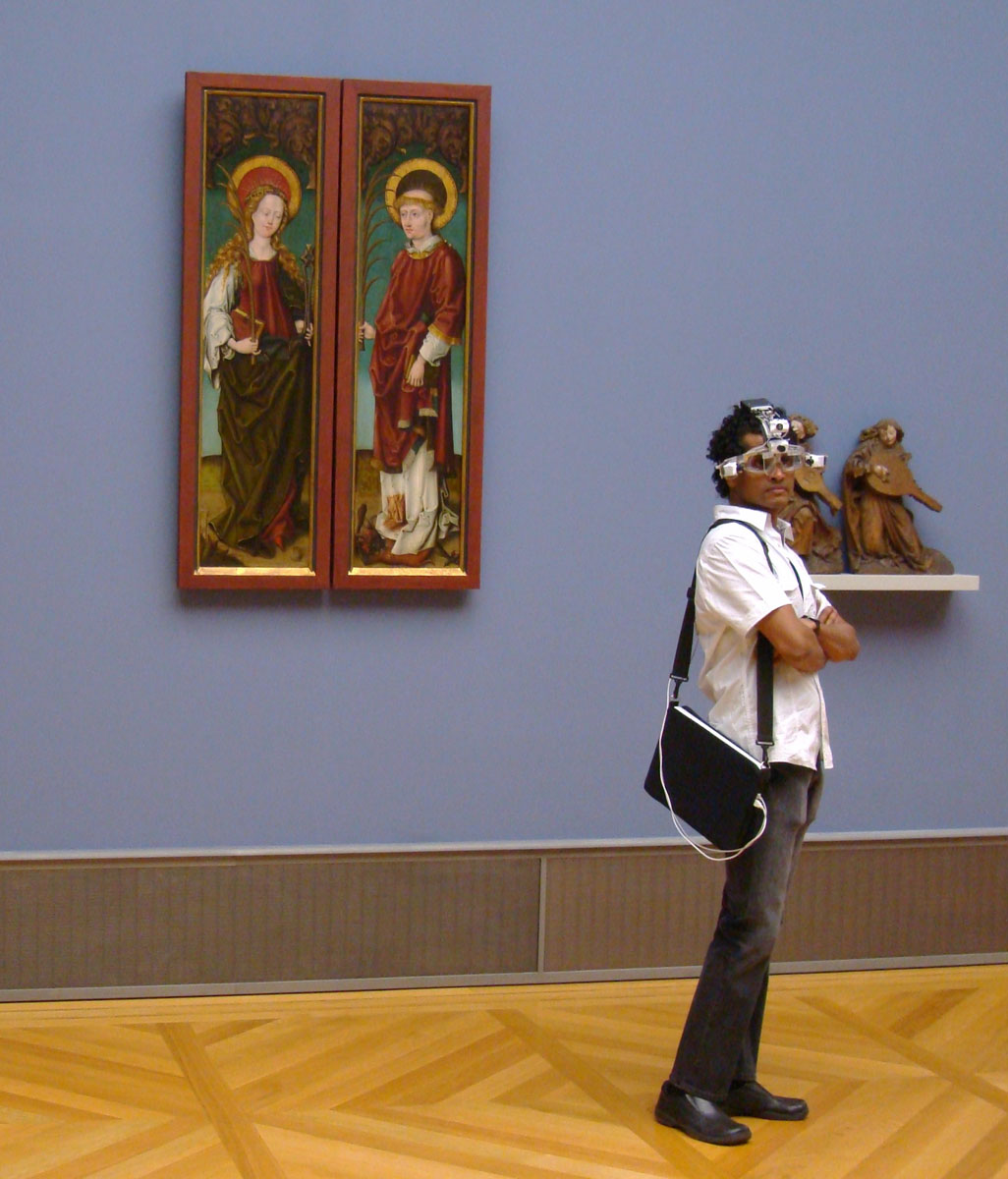 The novelty of this study is that nothing comparable has been done: Ilgen and Mitra wish to explore how persons perceive works of art displayed in the actual setting in a museum, which involves the path one takes through the exhibition spaces, motions of the head and rest of the body while walking around, and the actual field of vision and gaze of the individual viewer, which involves the motions of the eyes.

In contrast to other studies, this study does not intend to locate the spot in our brain where art is processed and will NOT measure any brain activity directly - this cannot be done while walking around. But we will record all data involved in the behavior of walking around and looking at art. Neuroscience knows enough to inferentially establish the level of brain activity based on those data. This study is the mere start of a longer inquiry into establishing scientific evidence of a relationship between the experience of art and health.

Although this approach is so innovative it is hard to have any expectations beforehand, this study can be considered to be very important in today's discourse about art, because it will raise substantial questions about the experience evoked by artworks, and as such will create a healthy contrast to the idea of the artwork as commodity. It can be expected that this study will fire a lot of discussion and more research.

An initial trial project has been executed at the Bode Museum, Berlin, Germany, 2009. This trial involving only two persons, a lay-person and an art professional (museum director), walking freely around in a museum, viewing the artworks as they please. Recorded data included eye-tracking, surprisingly showing both test persons’s eyes following the same lines in the artworks.

A much larger research project will be required.

a continuing collaboration
between Partha Mitra
and Fré Ilgen
www.brainarchitecture.org 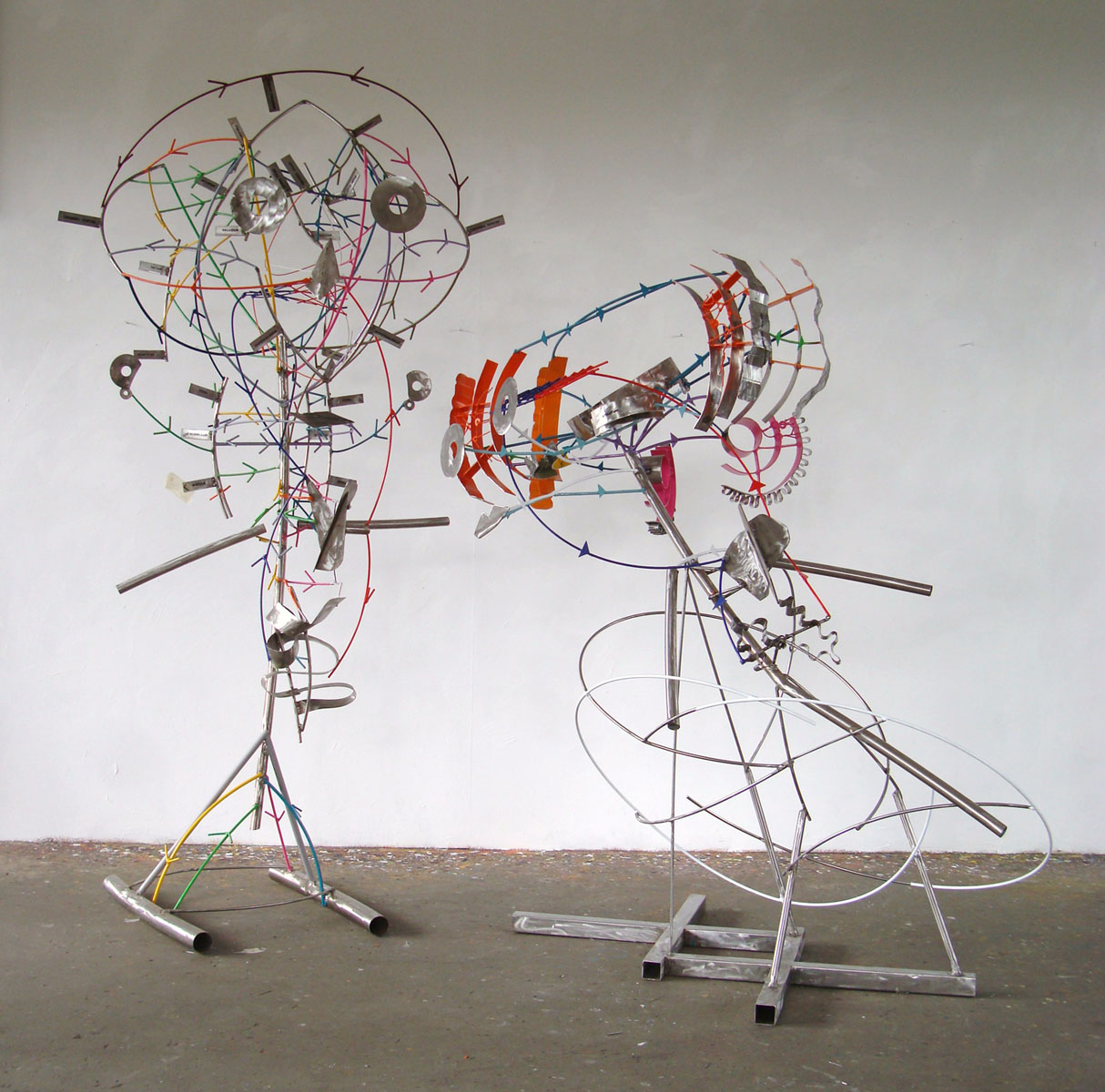 After a number of preparatory discussions, summer 2009 Fré Ilgen started a collaboration with physicist and neuroscientist Prof Partha Mitra on a three dimensional sculptural model of nervous system connectivity. The idea is to base the circuit connections depicted in the model on neuroanatomical knowledge while exercising the license offered by artistic creativity. The details of nervous system connectivity are too numerous to visualize realistically in a sculpture, so the idea was to rather to schematize the major nodes of the circuitry and to depict the connections between them.

Albert I, the first model was constructed summer 2009, in a collaborative session in Studio Ilgen Spandau, Berlin, Germany. The model/sculpture is a quite simplified version, showing only some basic connections in the brain, the spinal cord and visceral and peripheral organs.

Two dimensional photographic projections of even this simple model appears quite complex and difficult to decipher, emphasizing the importance and utility of a full three dimensional model. The collaborative process was a lot of fun and mutually instructive both for the artist, with in depth knowledge about sculpture and construction, and the scientist with neuroanatomical knowledge - both working out a joint creative process, combining scientific knowledge/reasoning and visual/sculptural intuition. In summer 2010 the collaborative experimental brain-connectivity model/sculpture was continued, leading to "Albert II (named MARIE)".

“Albert I” is published on cover of programme “Engineering Principles in Biological Systems”,
a CSHL and Wellcome Trust Conference, 2009